I first met Rik Paulsen when I arrived in Beijing for a three-day journey to Fengjie for Jay’s Great China Skywalk.

Rik went out of his way to help with every situation. Once you spend the night traveling on a Chinese train, you are bonded as friends forever. In three weeks in China, we became lifelong friends. I will miss his calls each year on my birthday.

Rik’s family company, Paulsen Wire Rope Corporation, produced the cable that Jay would walk on above the Yangtze River in Qutang Gorge. Rik served as on-site technical adviser and great travel companion on not only the Great China Skywalk, but also when Cochrane set the Guinness record for walking blindfolded between wings of the Flamingo Hotel in Las Vegas.

Growing up on Long Island Sound, he was always an avid sailor and developed an interest in maritime activities, which were encouraged by his paternal grandfather, a Norwegian sailing ship captain. At the age of 15, he was part of a five-person crew that sailed a 34 foot sailboat from Bermuda to Newport, RI. 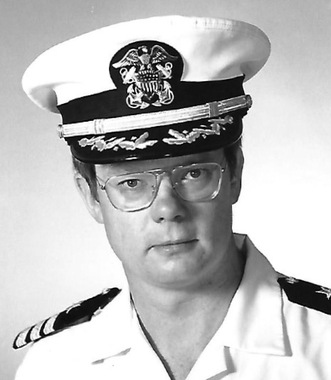 A few years later, Rik attended the U.S. Merchant Marine Academy (USMMA) and graduated in 1963 with a bachelor of science degree in nautical science and receiving a U.S. Coast Guard issued deck officer's license. During part of his academy training, he was assigned to the S.S. United States, the world's fastest ocean liner ever built, upon which he served as a helmsman. He sailed for American Export-Isbrandtsen Lines, primarily to India and received his commission as an Ensign in the U.S. Navy Reserve. He retired as a Commander, USNR-R having served mostly in submarines and the Military Sealift Command. It was at the USMAA that Rik learned the academy's motto, "Acta non Verba," or "Deeds Not Words." These words hung above his office desk and guided him throughout his life with the ideals of service above self.

In his professional life, Rik worked for the family company, Paulsen Wire Rope Corporation. As a youth, Rik spent his high school summer breaks in the company's offices located in the Wall Street area of lower Manhattan. Years later, he returned to the family company after completing his military service and moved with Pam, now his wife, and their two children to Lewisburg in 1974 to oversee operations of the Sunbury manufacturing facility. Rik was the company's president and CEO until he retired after selling the company in 1997. During his tenure, Rik oversaw the growth of the company that employed more than 250 employees with offices throughout the United States and Bogota, Colombia. Wire rope produced by the company in Sunbury could be found on aircraft carriers, ski lifts, oil rigs, fishing vessels, elevators, mining and construction sites around the world, as well as notably on the World Trade Centers and Brooklyn Bridge in NYC.

Rik Paulsen passed away May 24, 2020. He was Jay Cochrane’s friend and mine as well. He will be missed but never forgotten.